“I had no idea!” That’s the typical response when someone learns about Goodwill Easterseals. It is the one organization that
• Assists job seekers with career counseling, job training, and placement services for teens and adults with disabilities, veterans, individuals who are homeless, or who have a criminal background that can make finding a job especially difficult;
• Provides free car safety seats for children in low-income families and free use of medical equipment for anyone in the community;
• Even offers day-services for seniors and adults who are unable to remain at home without assistance. See Steve’s story below and learn how a twist of fate changed his life forever. But, thanks to Goodwill Easterseals and Steve’s determination, he feels like he’s conquered the world.

In 2016, GESMV provided more than 40 specialized services to more than 20,000 children and adults in 23 west-central Ohio counties.
GESMV is the only agency that assists people with such a broad range of disabilities and disadvantages across the entire age spectrum.

Goodwill Easterseals Miami Valley invites you to join the global giving movement and make your donation on Giving Tuesday. You can help others in your community with your gifts of time, talents and treasures. When you give securely online, volunteer your time, or shop or donate at your local store or donation center, you create opportunities for people like Steve. 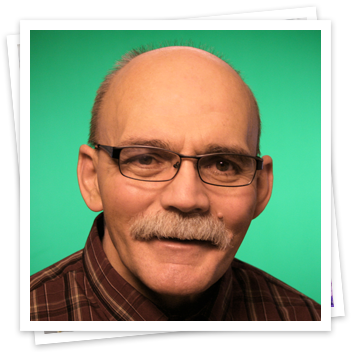 Steve Perkins arrived at the Springfield Adult Day Service Program in his wheelchair and was having great difficulty getting in and out of the chair. Steve was not very talkative or expressive in the first few days and had very low self esteem and a lack of confidence.

As Steve became more acclimated to the program and engaged in activities, his confidence began to increase and he became more independent at the Center. The staff helped Steve learn some techniques to give him greater mobility with his walker as well. His peers at the ADS cheered him on as he progressed each day, which really empowered Steve.

After only the second week of attending, to everyone’s surprise, Steve arrived without his wheelchair. Through all of his struggles, Steve never complained and has regained his wonderful sense of humor!

Steve now needs very little assistance. He still uses his walker at times when out in the community or at the Center but according to his wife Gerri, he is traveling freely without an assistive device at his home.

Steve’s family has noticed a huge difference in his attitude and determination since attending the Adult Day Service Program. His family continues to support and encourage him at home and have expressed their gratitude for The ADS services.

Steve is an inspiration to all!