See How Your Vehicle Donation Changes Lives in The Miami Valley

Thanks to your generosity through donations and purchases from the Goodwill Auto Auction, you are making a difference right here in your community. Below are some personal successes on how donating "your vehicle” can help people obtain a better quality of life.

Donate Your Vehicle Purchase a Vehicle 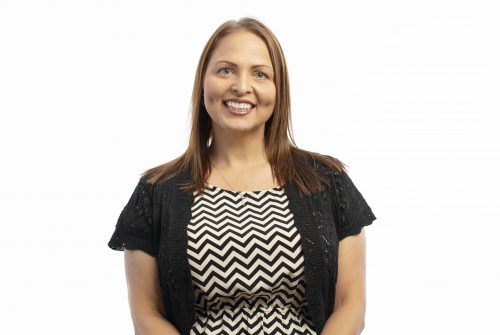 “I am from Oklahoma, but now live in Dayton and I’m a peer supporter with Goodwill Easterseals Miami Valley. I am in recovery for Drugs and Alcohol and for mental health issues.”

Ashley spent her life with an abusive mother. So, when she turned 18, she left her home and moved in with her High School Spanish Teacher. She wanted to leave and never look back. Ashley decided to join the Army and aspired to make this her career; but just after a year she received an honorable discharge due to a medical injury during training.

“I was sent to do medical rehabilitation with the military, but I never did get better so was let go. This was devasting to me. All I wanted to do was be in the Army, like GI JANE. “

Ashley returned to her home in Oklahoma and the money she saved from joining the army enabled her to afford her own place. She got a job at a doctor’s office making a good living until alcohol took over her life. “For most of my life, I was a functioning alcoholic, but after being discharged, life happened, and the universe brought me a complicated life.”

Ashley said that she started to struggle. “I lost my job after 10 years, I sent a text to the office and said I quit. All because I was too drunk to call or do anything else. So, at the age of 28, I started living in my car and was homeless; Married and divorced 3 times and not even remembering most of it.”

Ashley struggled with addiction, mostly alcohol, until she met someone who took her in. “I thought this person was going to help me, but while I was drunk and passed out, I woke up to someone shooting drugs into my veins. I had no idea about drugs until this happened. I was addicted the moment it happened.”

This situation led to many unlikely complicated events that were out of her control.
She became a prisoner and exploited. At some point, it had gotten so bad, that she took off and ran for her life.

“I stayed on the streets wherever I could. I think I counted 32 places in 18 months and every time I had to flee the place or get kicked out because I would not cooperate to their exploitations. Being homeless was a completely different world for me and a lot to take in. The streets are ruthless and savage; I had no idea what I was doing. I was sold to a pimp and didn’t even know it by a woman who supposedly took me in. I ultimately fled for my life, if it wasn’t for my dog, Thunder, I would not be alive today!”

Ashley realized that it was time to leave Oklahoma; she wanted to do better. So, Ashley left with a friend and went to Missouri. While in Missouri she was able to stay sober for a little while, but then relapsed. “I was so bad that I almost died and was taken to a hospital. There at the hospital they asked if I wanted help. I said YES! I need help. Someone stayed with me through the process and got me into a drug rehabilitation facility in St. Louis; from there I went to a recovery house for women. It was there that I finally felt some relief.”

Ashley went through the program and started outpatient therapy, then the program shut down; but they helped her find a new place and that is how she ended up here in Dayton, Ohio.

“After coming to Dayton, I finished my outpatient therapy and was recommended to become a peer supporter. I was like “what” is that? I found out that Peer Support is when people use their own experiences to help each other. I remembered through my history that Peer Support was a part of my life and they were the ones who helped me the most.”

Ashley was introduced to Cindy Heitman, Peer Support Coordinator, at Goodwill Easterseals Miami Valley (GESMV). She attended the classes and completed the certification. After receiving her certification, Ashley was hired right away as a Peer Supporter at GESMV.

“Working as a Peer Supporter at GESMV has been so great. It has helped me get back into working and I am able to help people just like me get through it. I can relate to that person. I don’t want them to have any shame. I can understand and have compassion because I have been there, and I can become their safe place to talk.”

Ashley says she now has HOPE. She keeps that word at the top of her mind because no matter what, there will always be problems, but there is always HOPE and a lot of resources available.