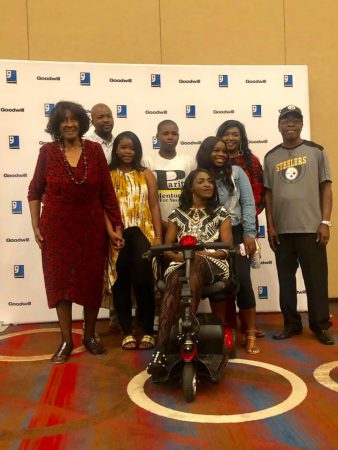 On June 24th, I received the Edgar J. Helms Graduate Staff Award from Goodwill Industries International.  The Award honors a current Goodwill employee who exemplifies the mission of unselfish service to people with disabilities or other disadvantaging conditions.

I must say, I was shocked and over the moon to find out I had won this distinguished award.  At the end of September, I’ll be employed with Goodwill Easterseals Miami Valley (GESMV) for 18 years. My work experience at GESMV has been an adventure but I wouldn’t change a thing; in the 18 years I’ve been with the agency, I have truly grown.

The day of the ceremony, I was rather nervous. Many Goodwill’s presidents and CEO’s, board members, sponsors and employees were in attendance.  One thing that helped me get over my nerves, the past President/CEO of GESMV, Amy Luttrell, was the person who presented the award.  Amy is a person who has been a great influencer in my life. She’s a very strong leader. 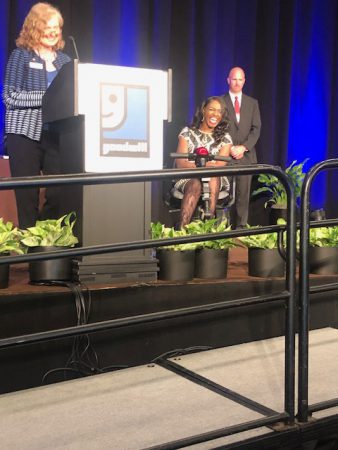 I had to make a few remarks when receiving the award, but didn’t prepare anything because I like to speak from my heart. Speaking from my heart has never failed me and it didn’t this time either. I was able to tell the crowd my story of a long difficult journey of finding employment and how GESMV gave me a chance. I informed them how I was able to blossom because of the awesome job opportunity, which by the way, led me to a great career.

As if winning the award wasn’t good enough, the ceremony to receive the award took place in Pittsburgh, Pennsylvania. I, along with a group of my family members, traveled to Pittsburgh and made it into a family vacation; we enjoyed the sites, especially my guy, whom is a big fan of the Steelers. It was so good to have my peeps in attendance as they mean the world to me. Current President of GESMV, Lance Detrick, attended the ceremony to show his support as well as my supervisor, Steve.   My co-workers, Cindy, Jesse and Angela attended as well; they drove over eight hours in one day to show their support.

People work for organizations for many years and you wonder, what could make someone stay for long periods of time? For me, it’s the mission of GESMV. I’ve seen GESMV assist so many and help them gain employment and independence. It’s truly wonderful to watch and be a part of such a great organization.

I must say, “I’m very proud of myself”. Often, we don’t pat ourselves on the back because we were taught to wait on others to do so, but if you walked/rolled my journey, you would have to give yourself kudos too. I would like to thank GESMV for nominating me for this distinguished award and Goodwill International for finding me worthy enough to receive it. I look forward to many more years doing my best representing the agency while helping to change people’s lives for the better.  GESMV is truly a great place to work! 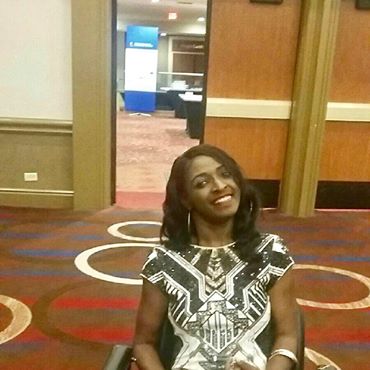 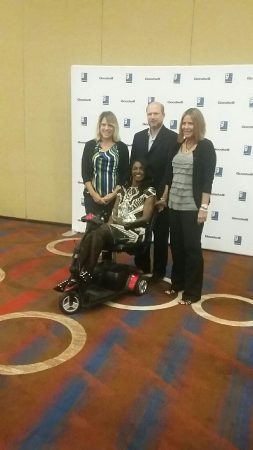 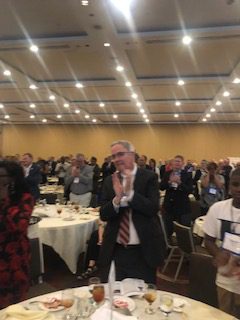 18 comments on “Being Honored To Be Honored”