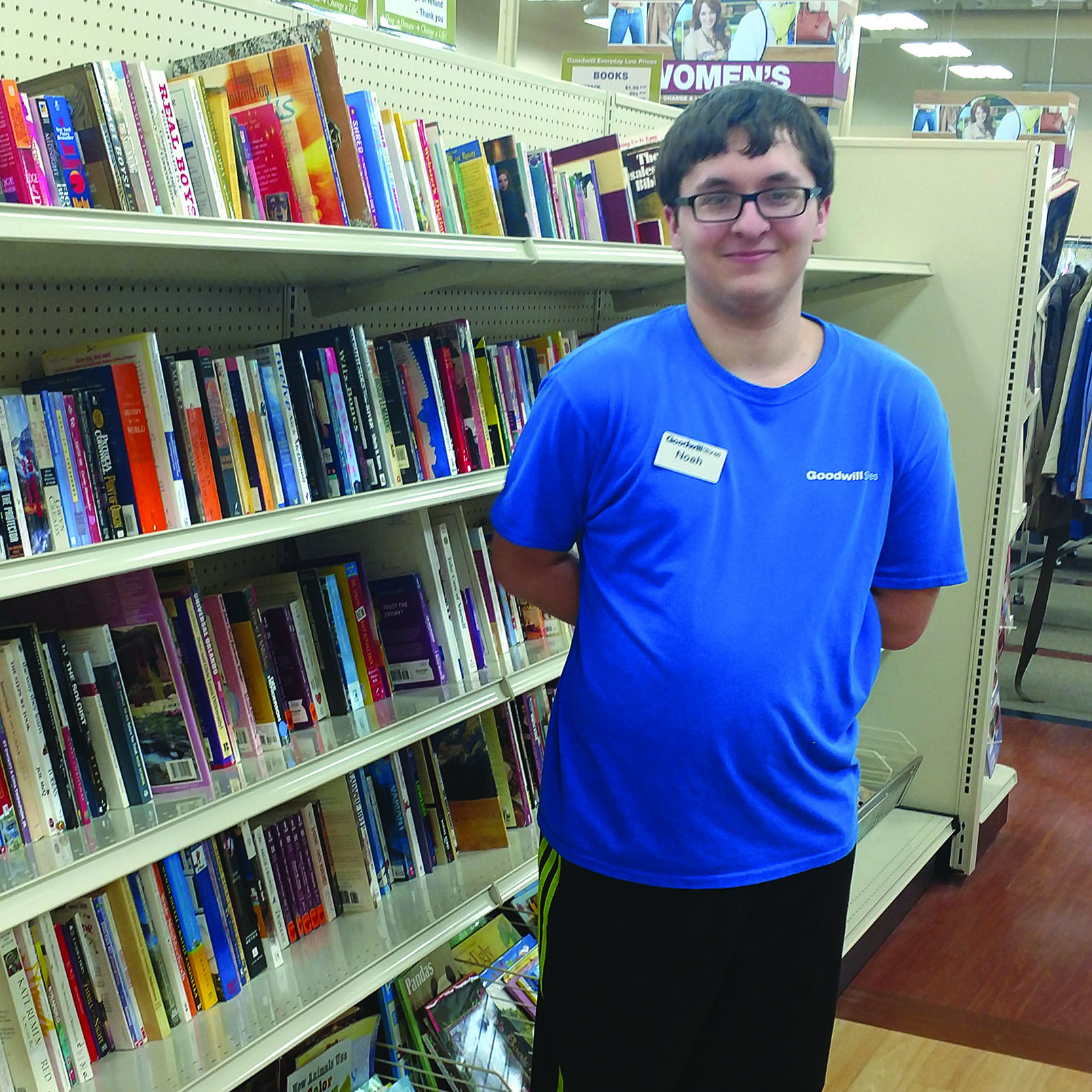 When Noah Baker was young, his mother noticed that he was a little behind in his development of coordination. “I think I was in denial, said Karen. “I think my philosophy was if I ignore it maybe things would just balance out.” But it didn’t balance out and while in junior high school Baker was diagnosed with autism.

His parents knew that their son needed employment after graduation. Baker tried several different jobs, but those didn’t work out. Then he learned about the work at the Goodwill Stores through one of GESMV’s workforce development programs, Job & Community Connections. JobComm assists individuals with developmental disabilities to gain work experiences through job discovery and skill development.

When Baker began working at the Goodwill Store in Piqua, he was shy and quiet. Although it was hard for him to get involved, he was very interested in the work at the store and was a dedicated employee. Realizing Baker’s potential, the store manager and Baker’s job coach worked closely with him to find a job in the store that might spark his passion. Working in the media area of the store was it. He took immediate ownership of the section, consisting of books, LP’s, DVD’s, and other similar merchandise. He was so attuned to keeping items sorted and displayed, that sales increased by more than 50 percent.

Even better, Baker enjoys his job and looks forward to going to work. “I like to come to work it gives me freedom to purchase things I want and they are like my family,” enthused Baker.