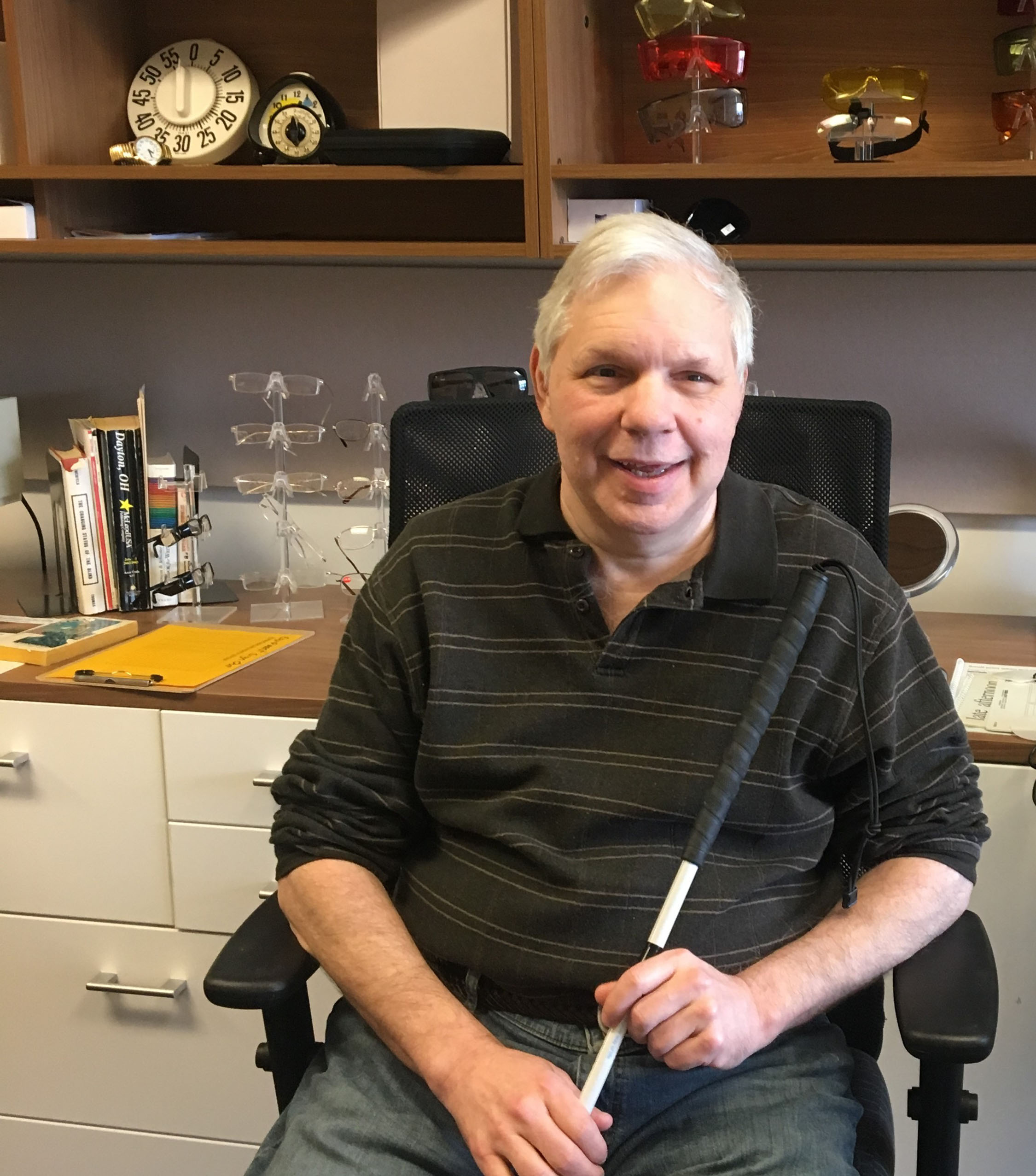 Randall is from Germantown, Ohio but moved to Florida to be with his parents. While in Florida, he worked at the Publix and would help his parents out until he became addicted to drugs.   Randall lost his job, became homeless and then ended up in Jail for 90 days. He asked the judge to please send him to a rehabilitation center because he no longer wanted to be dependent on drugs. He wanted a better life.

Once out of rehab, Randall moved back with his father until he passed away in 2014. “The house was sold and I moved back to Ohio and found a place to live. I didn’t want to stay in Florida because of the drugs.” Once back to Ohio he found it difficult to find a job because he had a felony. “I was taking part time jobs, moved around and then couldn’t afford the apartment. “

“While I was moving around from place to place, I didn’t take care of my diabetes. My foot became blistered and swollen. I went to the emergency room. The foot was so bad they did surgery and took five toes. I was in the hospital for 30 days and then went to Heartland of Miamisburg. It was time for me to be released, but had nowhere to go. I lost everything. This is when I found out about the Goodwill Easterseals Miami Valley Home Choice Program.” The Home Choice Program assists people of all ages with disabilities who currently reside in long-term care facilities with options for transitioning into housing in their community.

The Home Choice Transition Specialist helped Randall find a place to live and his household needs so that he can become independent. At the time, Randall’s vision was good, but now he is visually impaired due to the diabetes. So not only has Randall participated in the Home Choice Program, but he is now participating in Goodwill Easterseals Miami Valley Vision Program. He is learning how to live without his sight. “I would be on the streets or dead without Goodwill Easterseals Miami Valley. “I feel there is hope even without my sight. I am happy that the counselor at Heartland of Miamisburg knew about this program. With Goodwill by my side, I am now taking care of myself and my diabetes. I have a treadmill, washer and dryer donated from the Home Choice Program, and Google Home. I can even take my insulin on my own by using a pen that clicks and a talking meter. I go to the dietician and can live more independently.”

Randall says his future is bright. “I see supporting myself and being with my little dog, who is a Havapoo; I hope that one day I can go back to work. I still have some good years in me”