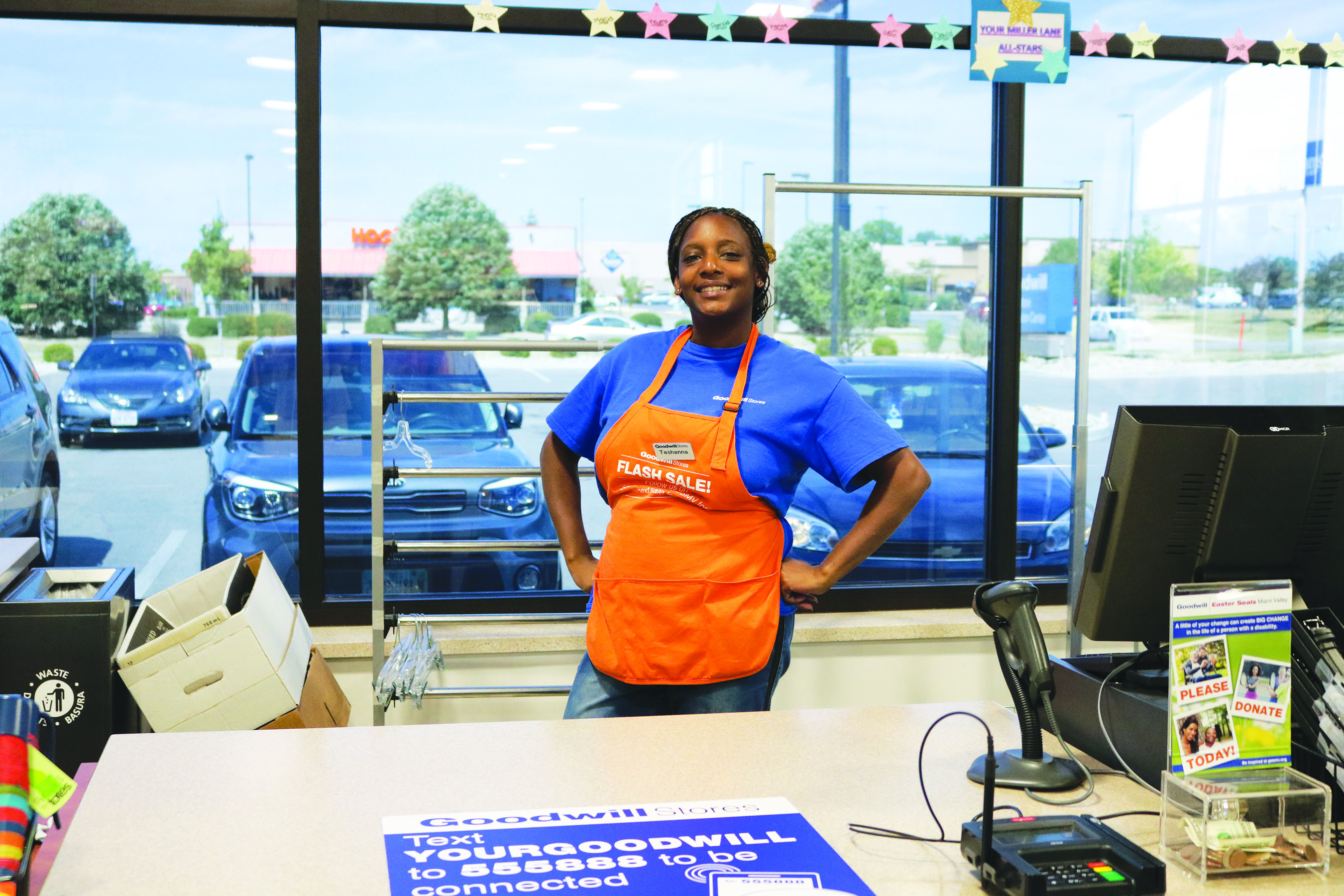 Before coming to Ohio, Tashanna Monette was homeless for almost 8 years. She lived in several shelters all across the United States and had jobs but could never find a good place to live. Tashanna, a participant in the Goodwill Easterseals Miami Valley Work Experience Program (WEP), came to Ohio in 2017 hoping to find a place where she could make a home. At the time when she entered the program, Tashanna was pregnant with her second son, while raising her 12 year old son, Jayden. She started out first living in a shelter, but with the support of Goodwill Easterseals Miami Valley and other organizations, Tashanna was able to obtain housing.

Tashanna worked at the Oregon District Goodwill Store for her first WEP experience, but then she needed to be out on maternity leave. In early December 2017 when Tashanna returned, she decided to complete her experience at the Miller Lane Goodwill store. Store manager, David Strunk, offered Tashanna a job after her first day at the store. Most people would probably have taken the job offer but Tashanna turned him down. “I told him to let me learn the job and see if I like it. I want to be sure that I wanted to work here and that I would like and enjoy working here.” She ended up working at the Miller Lane Goodwill for 5 months before she finally decided that it was the place for her.

In regards to plans for the future, Tashanna isn’t looking too far because “I feel that I am already successful right now. I have a place to live and a job which is more than I have had in a long time so I’m going to stay with Goodwill for a while.”